What makes a bad logo?

Whenever a big company, in particular, has a rebrand or releases a new logo, there’s always an immediate reaction.

And sometimes it’s not at all good.

But while all these designers have their strong opinion on why it’s such a bad logo, it can sometimes be confusing as to why it’s actually bad?

So, we’re going to explore the fundamental flaws seen in some logo designs that would make it bad!

Less can be more

A lot of the time, bad logos have just too much going on. Whilst it’s important to put lots of effort into the logo design and make sure it’s as good as it can be, that doesn’t mean just add lots of elements for the sake of it. 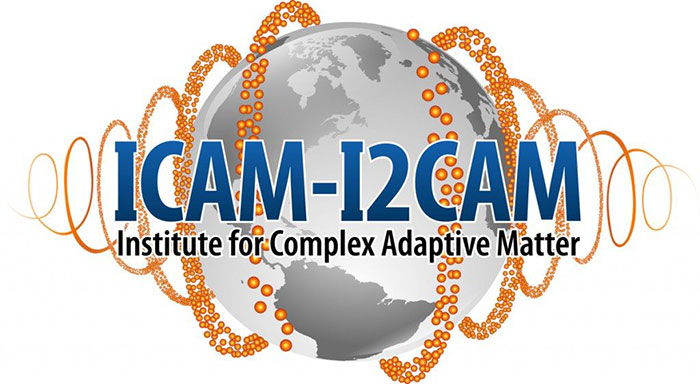 Take a look at the ICAM logo above, for example. At first glance, you see immediately it’s all just ‘too much’. There’s a massive globe, large font and lots of it, all framed in an odd orange ray-type image.

This logo doesn’t show particularly well what the company actually does, and it’s not very easy to figure it out on futher inspection. People want to know straight away what the company does or stands for – this logo, sadly, does neither.

It also makes the font difficult to read with the orange rays. In addition to this, the range of colours used are a bit too much. The orange rays have darker edges to create more of a ‘shadow’, the font has a slight ombre effect with the black font underneath, and the globe then has various shades of grey.

Clear and simple designs and layouts are definitely the way to go when it comes to logo design.

Being a bit too literal

Whilst it helps to convey what your company does or stands for, the main goal is for it to be instantly recognisable as your company – it doesn’t technically need to convey anything.

Take the iconic apple logo for example. It doesn’t convey a technology company – we only know it is because it’s instantly recognisable. The story of how the logo was created ranged from inspiration from the great Alan Turing to Steve Jobs just ‘liking apples’ – it’s got quite a few theories!

The main point is, the icon doesn’t say computers but everyone knows it is. It’s also one of the most simple logos out there and has had, of course, amazing success, going to show sometimes simple works better than anything else.

Another great example is the Starbucks logo, particularly since the 2011 change. The logo depicts a two-tailed mermaid or siren, but no indication it’s for a coffee shop. Even less so now as the logo only features the mermaid and no text around her.

This logo is also iconic (and the sign of a great coffee!) and is recognisable by millions.

Whilst sometimes the best logos can come straight from what your company sells, it can also come from thinking outside the box and diving into the deep end. Whilst this doesn’t always pay off (take the redesign of the Animal Planet logo for example), it can sometimes create the best and most memorable logos in history.

It’s also a great idea to think outside the box and follow the route of more conceptual ideas from what your company stands for. A great example of this is the Nike logo, another iconic one. The story behind this design is it comes from the wind in the air of the Greek Goddess of victory. Of course you would want that for a sports brand! The idea is original, the logo is simple and it works. Which is evident in how recognisable it is.

Will it work on everything?

One of the main functions of a logo is to work anywhere the company decides to use it. Whether that be mugs, t-shirts, signs, billboards, pens, websites – just anything!

When designing the logo, you need to bear that in mind – a logo with a whole load of intricate detail isn’t going to look as good on a pen as it would on a billboard.

This is where a simple logo design would work well. For example, the Nike ‘swoosh’ as mentioned above would look as good on a poster as it would on a mug!

You also need to consider how it would work in formats other than different sizes. In monochrome, for example?

If you have a logo that uses a lot of colour for shading and making things stand out, would it still work in black and white? You always need a monochrome version of your logo, so being able to keep things simple and clean will help with the transistion when needed.

Stand out from your crowd

When you look at the most iconic and successful logos, there’s one thing that’s consistent – they’re all original.

There are no other logos in the tech industry that resemble the Apple one. All of the big sports brands are different – Reebok, Nike, Addidas are all original.

Take this screenshot as an example.

These are all examples of car company logo ideas. They are vector logos generated so you can swap in your company details for the placeholder ones included.

If you want to stand out from your competition and create a memorable logo that they’re going to know is for you, you can’t have a carbon copy of other businesses’ ones!

The fonts are vital

Selecting the right font for your logo is one of the most important elements. It helps to convey the ‘style’ of your brand, give an idea of what you provide and match the rest of the logo style.

You also don’t want to choose too many fonts.

Too many fonts can clash and look messy, making your logo look chaotic.

Some logos are made up just of a font with the title of the company, so choosing the right one is absolutely vital.

If you have a florist that’s been open for years, for example, a serif or script font would likely work well to convey an old-timey, historic yet feminine feel.

If you have a technology company, you’d more likely want a sleek sans-serif font so it looks modern.

It’s important to stay in keeping with your company’s branding and the message you’re trying to convey, without using too many to stop the logo from becoming complex and messy.

Creating a new logo can be overwhelming, complicated and sometimes just quite scary.

There seems to be a lot of rules to follow and a high possibility of mistakes.

If you feel like you might need a helping hand, get in touch below. We have some knowledge here at Toast and could be the exact help you need.

Tagged: The art of the Logo

Do you need help with your branding?

If you would like to discuss your branding, logo or identity project, call us on 01295 266644 or complete the form.